This weekend I met Jeff Casavant in northern Tennessee for a camping trip and the opportunity to zero out our beer bet for the year so far.

A Place Out of Time 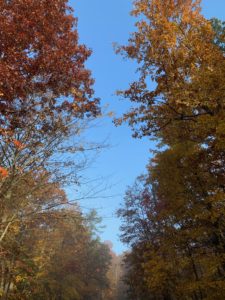 Bandy Creek Campground, where we stayed stradles the line between the Eastern and Central Time Zones. Our trip also fell on the end of Daylight Savings Time in the United States. With minimal cell service and no way of knowing which zone we were in I mostly gave up on tracking the time.

I tried to connect to a cell network just long enough for my Apple Watch to get the sunrise and sunset times each morning. The rest of the day was pure guess work. We ate when we got hungry and hiked until we were tired. It’s been a long time since I’ve spent that long not thinking about what time it was.

On the way down from the Angel Falls Overlook our conversation turned to the midterm elections. It wasn’t until that point that I realized I hadn’t checked Twitter, read the New York Times or kept up with any news at all since Friday afternoon. In the heat of a contentious election season it was great to just walk away from all of that. I early voted a few weeks ago anyway, so it really felt like the weight of the situation was gone for a little while. What a welcome change. 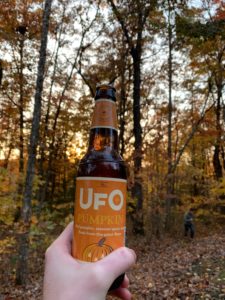 Based on our records it looked like I had missed four posts and Jeff had missed five, so we owed each other four and five beers respectively. I stopped at a Kroger on the way out of Atlanta and created a mixed six pack of some of my favorite breweries of the southeast (Terrapin, Monday Night and Highland) plus some UFO (from Boston) for good measure. Jeff went a slightly different route picking out three core flavors from two of his favorite breweries: BrewDog and Land Grant.

Rotating through new tastes and old favorites around the campfire was an excellent way to spend an evening. I noticed that our conversation similarly rotated around new and oldtopics we’d written about. We made reference to each others’ blogs and recommended media and topics based on the other’s work.

When we made this bet (at Fifty West Brewing) last December I don’t think I realized how much it would impact our relationship to each other. Jeff and I have always kept in touch, but we haven’t shared regular updates like this since we were working on stage crew together in high school. Reading what is on someone’s mind once-a-week for a year creates a much deeper impression of the person. I’m pleased and honored that Jeff has agreed to take the time to commit to that with me this year.