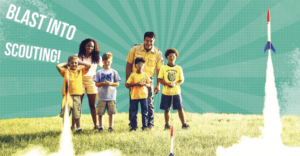 Facebook and Instagram ads were targeted to parents of youth in eligible age groups. The available parents were then broken down into thirteen geographic districts within Metro-Atlanta where demographically specific creative was deployed.

Pay-per-click ads on Google AdWords were introduced after I received the Google Nonprofits Ad Grant on behalf of the organization.

The campaign earned over 500,000 impressions on Facebook and Instagram and drove over 3,000 new visits to a custom landing page explaining how to join Scouting.

The insights gained by segmenting the campaign by geographic district has allowed the organization to better deploy creative based upon the demographics of different regions of Metro-Atlanta.