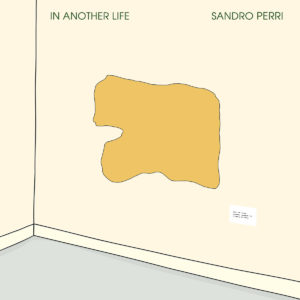 I listen to a lot of ambient music. It’s a way I calm down my anxious brain and wind down after a long day. Usually when I’m in those moods I listen to Brian Eno, Moby or Trent Reznor. This month though, I’ve been fascinated by an album outside of my usual circles: In Another Life by Sandro Perri.

Sandro Perri has built an avid following for his blend of folk sounds, acoustic instruments, quiet vocals and experimental synth textures. His latest album seems to be a refinement of his previous works. On In Another Life, Perri lets songs simmer and develop slowly. He also invites collaborators to bring their own vocal flare to his beautiful soundscapes. The album exudes a quite confidence that I’ve found really reassuring and relaxing.

In Another Life is structured as a vinyl record made up of two long tracks. The entire first side is taken up by the title track and the three movement suite “Everybody’s Paris” makes up the b-side. Streaming services break this up into four tracks, but I listen to either the whole thing or one side at a time since each “piece” clocks in right around twenty-three minutes.

Perri’s epic title track is one of the stickiest pieces of music I’ve heard in years. The pensive piano chords that serve as the track’s foundation have carved grooves into my brain like the catchiest of pop songs. The electric guitar slides and bubbling synthesizers add an ever-evolving texture to the piece, but those piano chords make this song work for me.

Sandro Perri croons over top of this repeating cycle of bleeps, bloops and chords with a sincerity that could cut through glass. He laments about the world around him and waxes poetic about ideal states of being. He intermittently repeating the titular phrase “…in another life…” like a mantra. The result is a calming sense of possibility mixed with a haunting sadness. By the end of the song it starts to feel surreal, like the spiraling thoughts of an anxious mind.

As he sings, Perri’s synthesizers ebb and flow between a minimal drone and near cacophony. He uses stereo panning to excellent effect, with patterns entering and receding like passing cars. The changes creep up on you, which helps the time go by as you fall in and out of focus on the music. A piece this long almost begs the mind to recede into its own thoughts. Perri gently pulls the listener back every few minutes with new sounds throughout.

Separated into three parts, “Everybody’s Paris” feels more like a series of traditional “songs” than “In Another Life.” Each section is lead by a different vocalist, with Perri taking lead on the first section. All three movements are meditations on the city of Paris, built upon a shared chord progression.

“Everybody’s Paris” moves from plinking pianos, childrens’ singing and Perri’s ethereal croon to a swinging lounge jam led by Andre Ethier and ends somberly with a distorted dirge sung by Dan Bejar. It feels like the progression of a day or a life spent in the City of Lights. However you interpret it, the suite is impressive.

As the pieces pushes on the perspective on Paris becomes more and more negative. Perri’s lyrics in part one are mostly hopeful and aspirational: “Everybody’s Paris, everybody’s France, Everybody coming when they get the chance”. Ethier celebrates the everyday parts of everybody’s Paris in a ballad to the mundane beauty of city life. Bejar, though, shares a much darker picture of Paris:

Despite this darkness, I find a strange kind of joy in “Everybody’s Paris”. It feels like a character study of a city. It provides glimpses into how one place can mean many things to many people.

The plurality of interpretation is, in my opinon, the best part of In Another Life as an album. These songs are organized around central thoughts, but they leave a lot of space for interpretation. They inspire creative thought and encourage imagination. I think that’s why they’ve had such a tight grip on my mind lately.