Power chords and sweeping choruses have always been the soundtrack to my summers. Since the summer when I simultaneously discovered No Doubt and Paramore I’ve had a soft spot for female fronted pop-punk bands in particular. These groups are (unfortunately) somewhat uncommon. However, I’ve discovered three great new acts going into the summer of 2018. 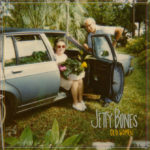 Jetty Bones win extra points from me out of the gate for being from my home state of Ohio. Frontwoman Kelc Galluzzo has fantastic vocal range and a real talent for dynamic shifts. The Old Women EP from late 2017 reminds me of Paramore’s fantastic debut All We Knowwith its scream along choruses and sweeping vocal harmonies. For a debut EP, Old Women is incredibly well produced and the songwriting is as tight as the snare drum hits. 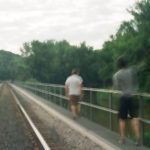 Recently named a “Band to Watch” by Stereogum, Retirement Party also released their debut EP in 2017. Strictly Speaking is a concise five-song offering that clocks in at about 14 minutes flat. A little more lo-if than Jetty Bones, Retirement Party channels some serious garage and surf influences. The running lead guitar lines feel like summer while the lyrics deal with the dark winters of lead singer Avery Springer’s personal life. If this EP is any indication of the band’s forthcoming full-length it’ll be a catchy glimpse into the ups and downs of life with an undercurrent of hope. Somewhat Literate drops in late May and I can’t wait to hear it. 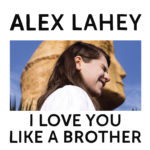 Somewhere between indie and pop-punk, Australian singer/songwriter Alex Lahey crafts short aggressively catchy rock on 2017’s I Love You Like a Brother. The rumbling garagey guitars create a compelling contrast with Lahey’s melodic vocals. Simple song structures and catchy hooks are employed throughout the album to address some fairly complicated lyrical subject matter. This is particularly potent on the surprisingly poppy confession of mental illness “I Haven’t Been Taking Care of Myself.” I’ve had this album on repeat since it came out in October and I don’t think that’s going to change any time soon.

Key Track: “I Haven’t Been Taking Care of Myself”

I’m always on the lookout for new and exciting things in the pop-punk space. The style has been getting stale for a little while now. Thankfully there are some great bands and talented women pushing the genre forward right now. If you know of any others I’d love to listen to them.