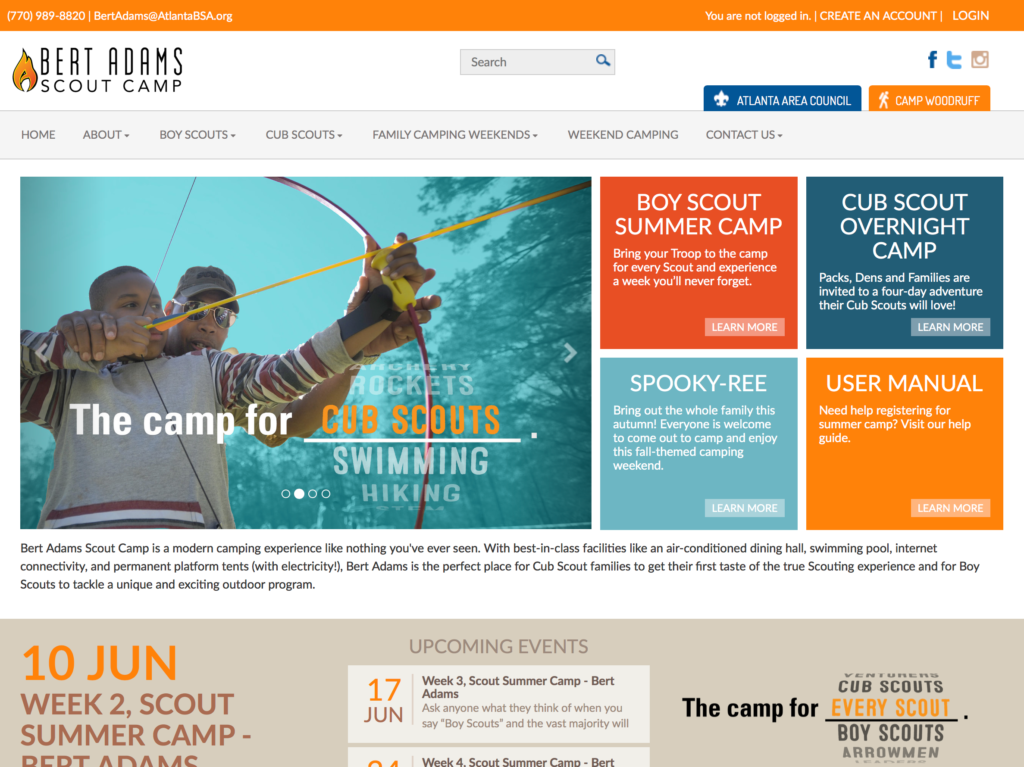 I led a team of staff and volunteers in identifying Tentaroo as a suitable third-party provider to host this site. The search process involved three months of research and consultation with vendors and internal stakeholders. A final proposal for the migration to Tentaroo was presented in December 2017 for a targeted public launch in May 2018.

Over the next three months I  managed the migration of existing content and creation of new visual assets to support the current version. The content migration took place throughout January 2018, with a particular emphasis on re-writing outdated copy. Customer registration data was migrated into the Tentaroo system in February 2018.

As the 2018 summer camping season approached and the migration moved faster than anticipated our team publicly launched the site in March 2018, two months ahead of the initial deadline.