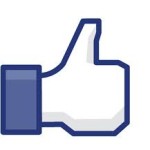 As you can probably tell from recent posts on this blog, I’ve been thinking a lot about Facebook lately.

You can call it wishful thinking, but I’ve been seriously trying to get back to a place where Facebook is a useful social tool.

Remember the early-ish days of Facebook? Let’s call it 2007-2012 or so, back when we actually used to share our lives there and talk to each other about the things we posted? I’m not saying that no one does this anymore, but my friend group certainly doesn’t.

I think there are a lot of reasons for this, but here are just a few:

As the brash social media influencer Gary Vaynerchuk has taken to saying, marketers (like Vaynerchuk) ruin everything. We, the public, join a platform and enjoy its intimacy and novelty until the advertisers find out about it. Then the tug-of-war begins.

How many ads can a user stomach before they leave a site? How can ads look more like content and less like ads? How can we boost engagement? How can we lower CPMs? And so on and so forth…

Facebook, in particular, has been ruined for a lot of people by marketing. The wealth of data on the site has made it a gold mine for advertising technology to exploit. Facebook, the corporation, has (in my opinion) been a bit too eager to sell their data in the name of profitability. It’s beginning to hurt their credibility and drive their users to contribute less to the site.

When users get tired of Facebook, either because of ads or because the novelty has worn off, there are now plenty of other networks courting their attention. It wasn’t long ago that Facebook’s only real competition was MySpace. Now there’s more competition with a wider variety of features and innovations than Mark Zuckerberg probably ever anticipated.

In the past, Facebook’s band-aid fix to competition has been to buy it up or rip it off. The company is well known for cramming the features of other popular apps into its products. In doing so, they make their core product bloated and fail to do any one thing really well.

Stories are much better on Snapchat (and even Instagram) than they are in Messenger. I don’t know anyone who uses the Facebook Camera that lives to the left of the News Feed in their mobile apps. And don’t even get me started on Facebook Watch.

The competition for public attention is fierce, but spreading themselves thin seems to have taken Facebook’s eye off the ball. I don’t think I’m on Facebook to buy used furniture or watch viral videos. Didn’t I join this site to keep up with my friends?

The Long Tail of “Friendship”

A lot has been written about how Facebook has changed as more people join it. Gone are the days when you could post a rant about your ex without them or their friends or their family or your family seeing it. Everyone is on Facebook now.

And even though it’s not literally everyone it feels like functionally everyone. Most people you meet are probably on Facebook, and they would probably be willing to add you as a “friend.” But when your roommate, your mom, your boss, the barista at your local coffee shop and everyone you went to high school and college with are all “friends” the term starts to lose meaning.

Anything you post has to be acceptable to all of those audiences. The algorithm decides which of your various connections see your content. The more people react to your post (positively or negatively) the more people see it. If you get into a political argument with a distant cousin, all of your friends follow the action blow-by-blow. If you get engaged, everyone you’ve ever known sends you their “Congratulations!”

What deserves to last?

All of those posts and comments also last as long as your account does. “On This Day” has made us all painfully aware of the cringe-y garbage we’ve shared over the years. And if anything we share can resurface at any time, that begs the question, “What deserves to last?”

A lot of the ephemeral nonsense we used to share, from selfies to sandwiches, is moving to networks like Snapchat that don’t have the same level of permanence. This makes sense. In six years, no one will care what you had for lunch, right?

The problem becomes figuring out what deserves to an entry in our permanent timeline. I have no idea, and it doesn’t seem like most other people do either.

I was out with friends this week and there was a longer-than-average pause when someone suggested we take a group photo. This felt weird even as we’d been sending photos and videos to Snapchat all night. Looking back through my archive that night I realized I only have maybe a dozen photos of myself with these friends from the two whole years I’ve lived in Atlanta.

Compare that to the earlier days of Facebook, when I carried around a digital camera and took and posted photos of everything. I’m not saying I want to go back to posting dozens of duck-faced selfies every weekend. I just realized I miss having more permanent records of the fun and meaningful things I’ve done since joining Snapchat and sharing Stories on Instagram.

My quest then, is to make Facebook useful again. I want to spend less time looking at ads, find ways to ignore the bloated features, prune down the number of “friends” I follow and share more of my actual life.

I haven’t completely lost hope in Facebook, but I do think it has lost its way. And maybe we have too.