As part of the Atlanta Area Council’s 100th Anniversary I created a WordPress blog titled 100 for One Hundred. The site’s goal was to capture 100 stories celebrating the organization’s centennial. 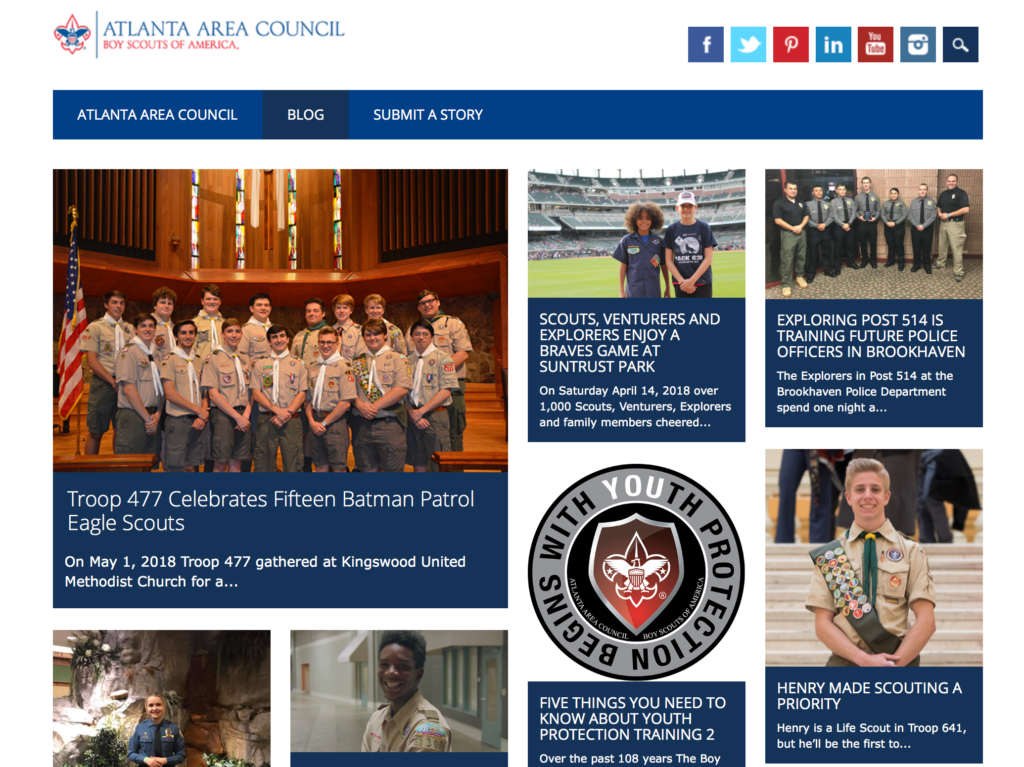 I designed the site using the open-source wordpress.org platform and an altered version of the Surfarama theme.

During 2016 I served as the primary author of the site, where I gathered and posted the first batch of stories to coincide with the anniversary.

From 2017 onward, the site has served as the organization’s primary blog. I continued on as its lead editor through the Fall of 2018.